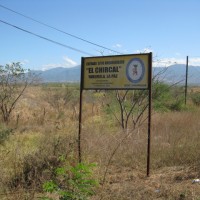 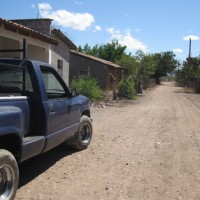 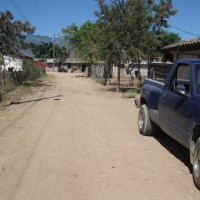 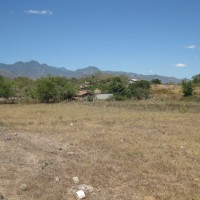 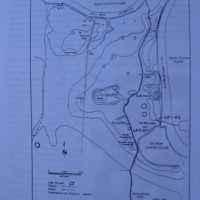 I met the vigilante of the El Chircal ruinas at his home in Miravalle, an aldea situated on the zona arqueológica grounds proper a couple of miles off the main highway into La Paz. The village was founded in 1977 and is now a patronato of the Municipalidad de La Paz, the capital city of the Departamento of La Paz. Miravalle has a population of approximately 700 people and is situated on top of a complex of ancient monticulos, mounds under which lie buried unknown archaeological treasures that date back 6,000 years. The bottom left picture shows the backside of El Cerrito de David, the tallest monticulo at 25 meters high. The schematic drawing at bottom right details archaeological data and structures at the site located by a university team of US archaeologists in the 1980s. The aldea of Miravalle would be located on the upper left hand corner. And in fact the village men were hired to excavate the terrain for the academics. My meetings with the gentleman vigilante are just beginning. He is a fountain of memories and provided me with much information to study.